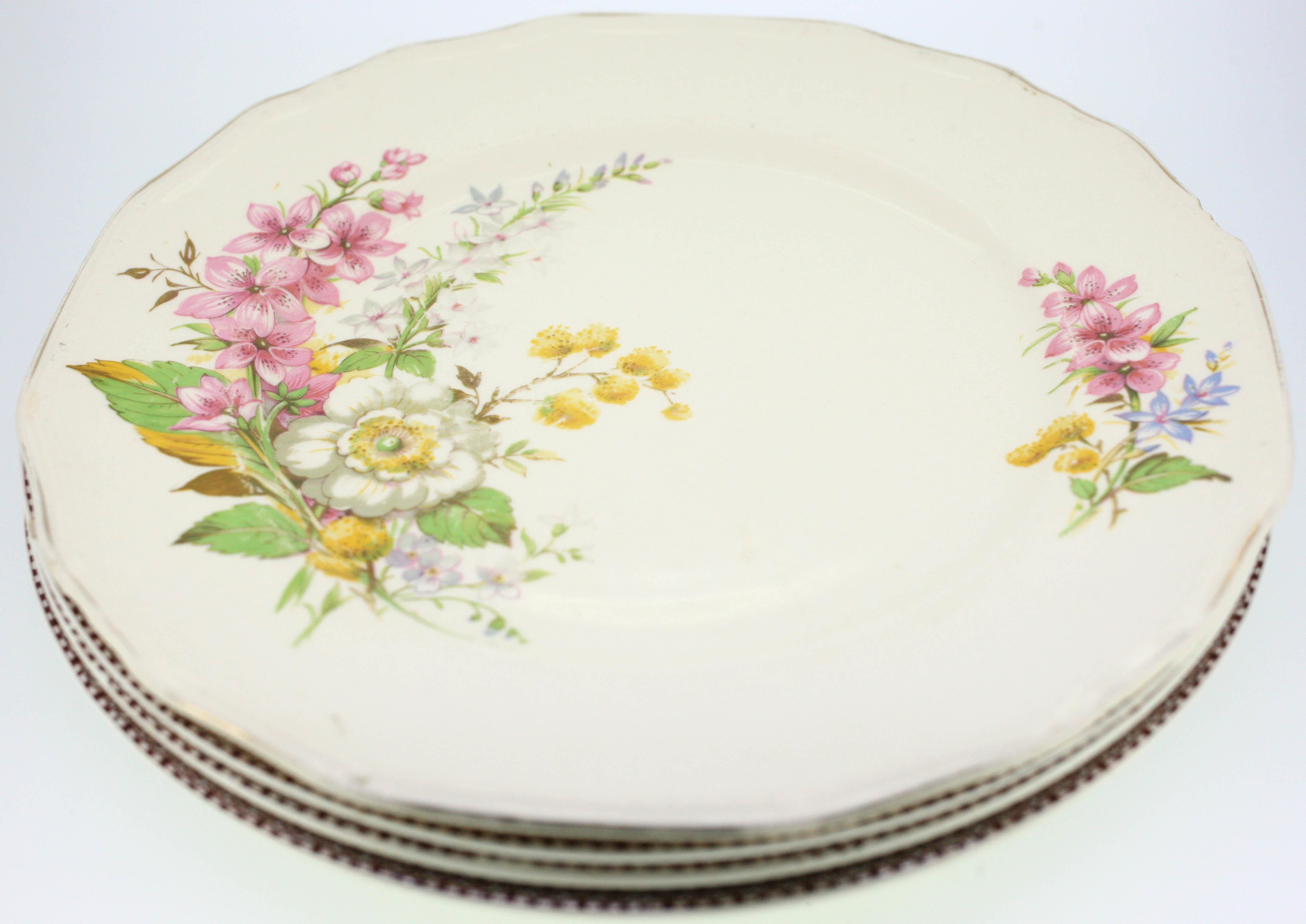 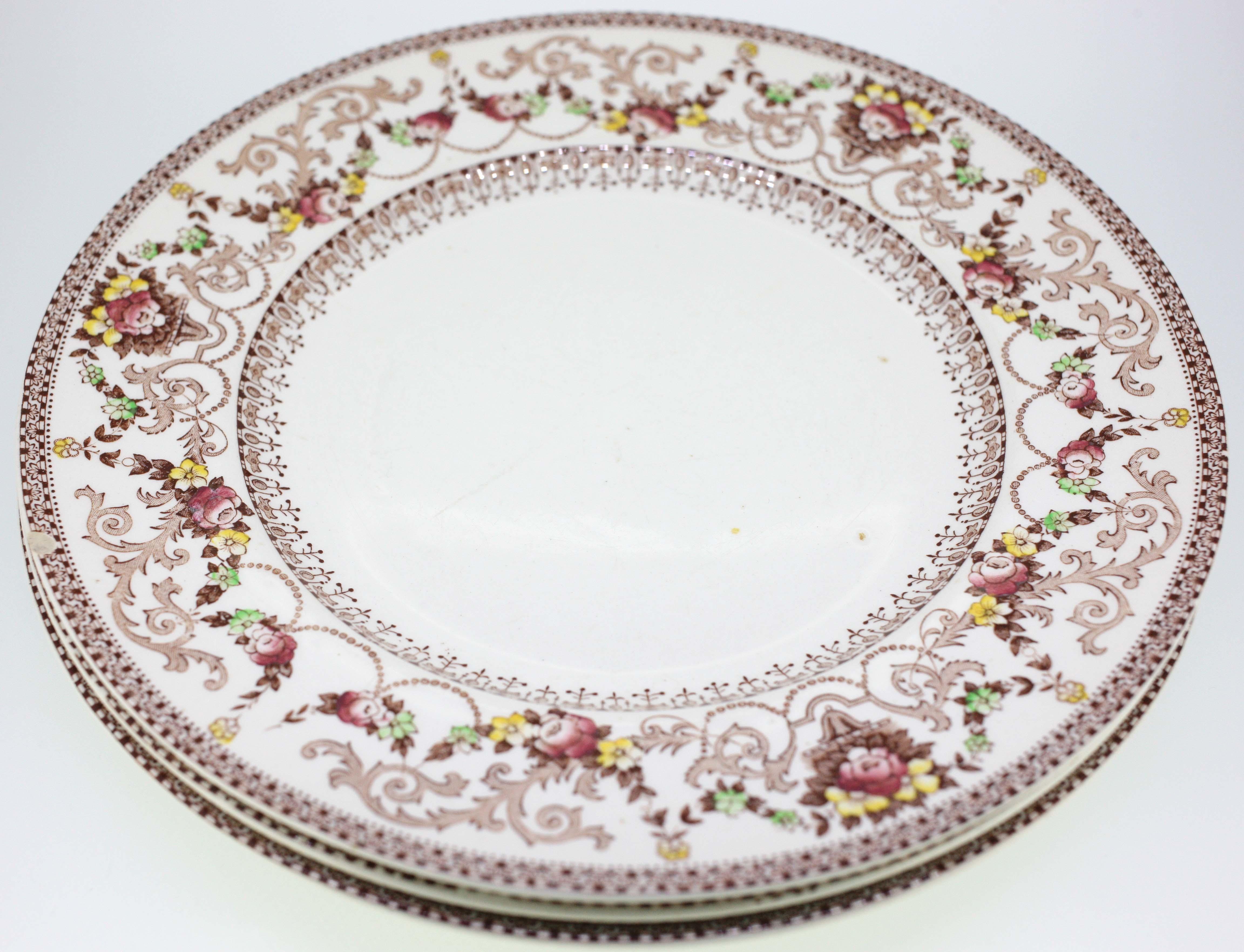 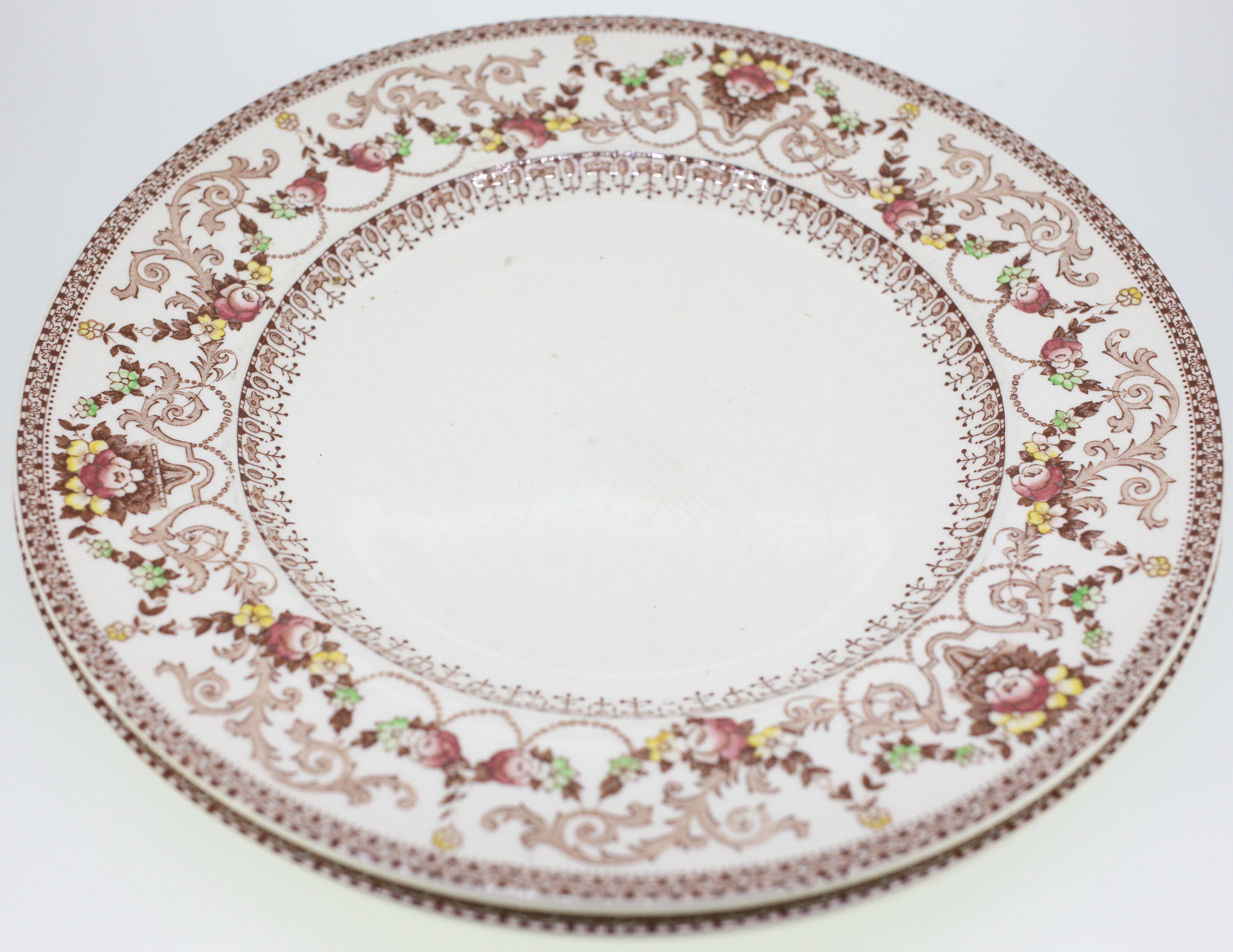 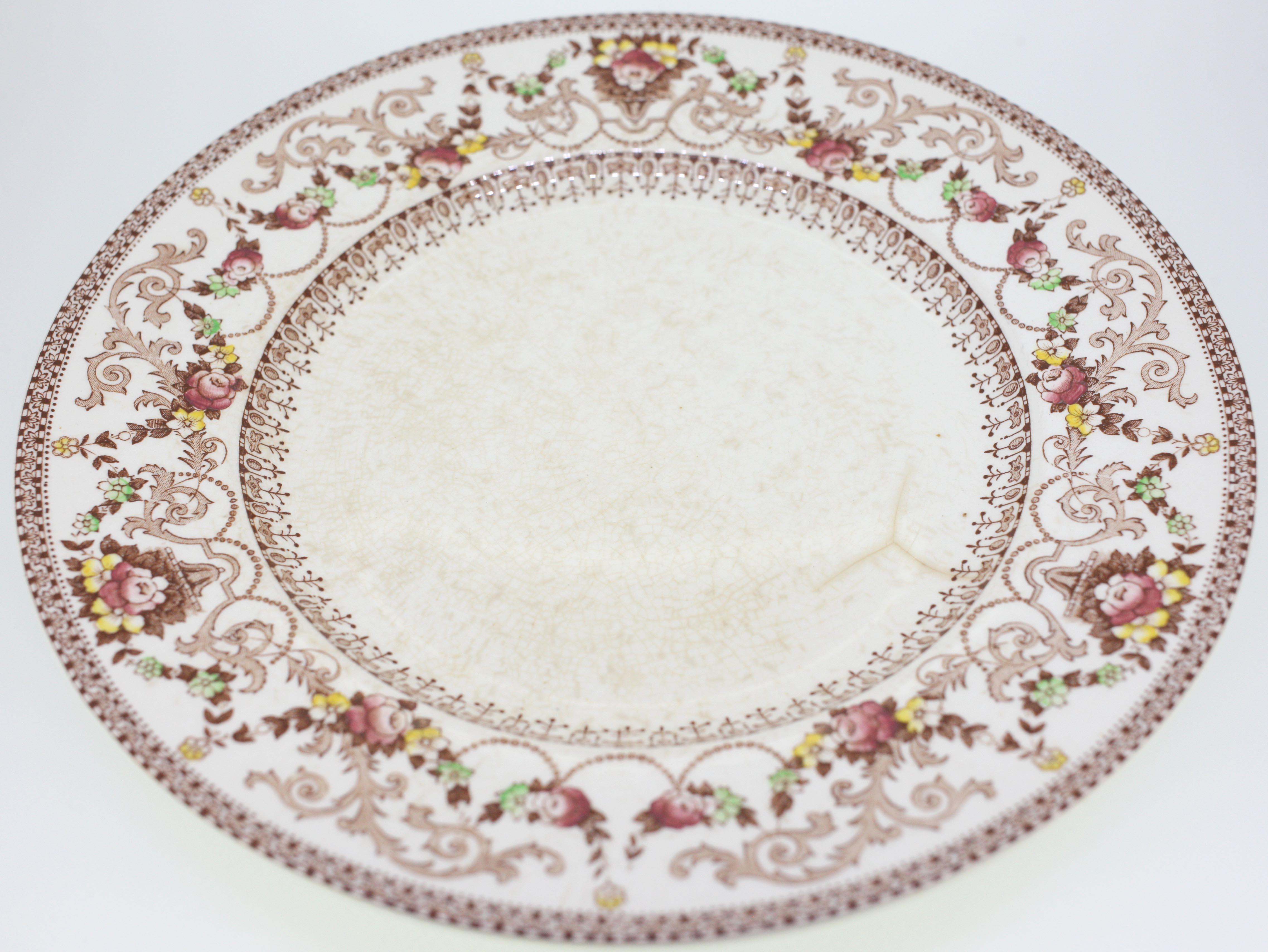 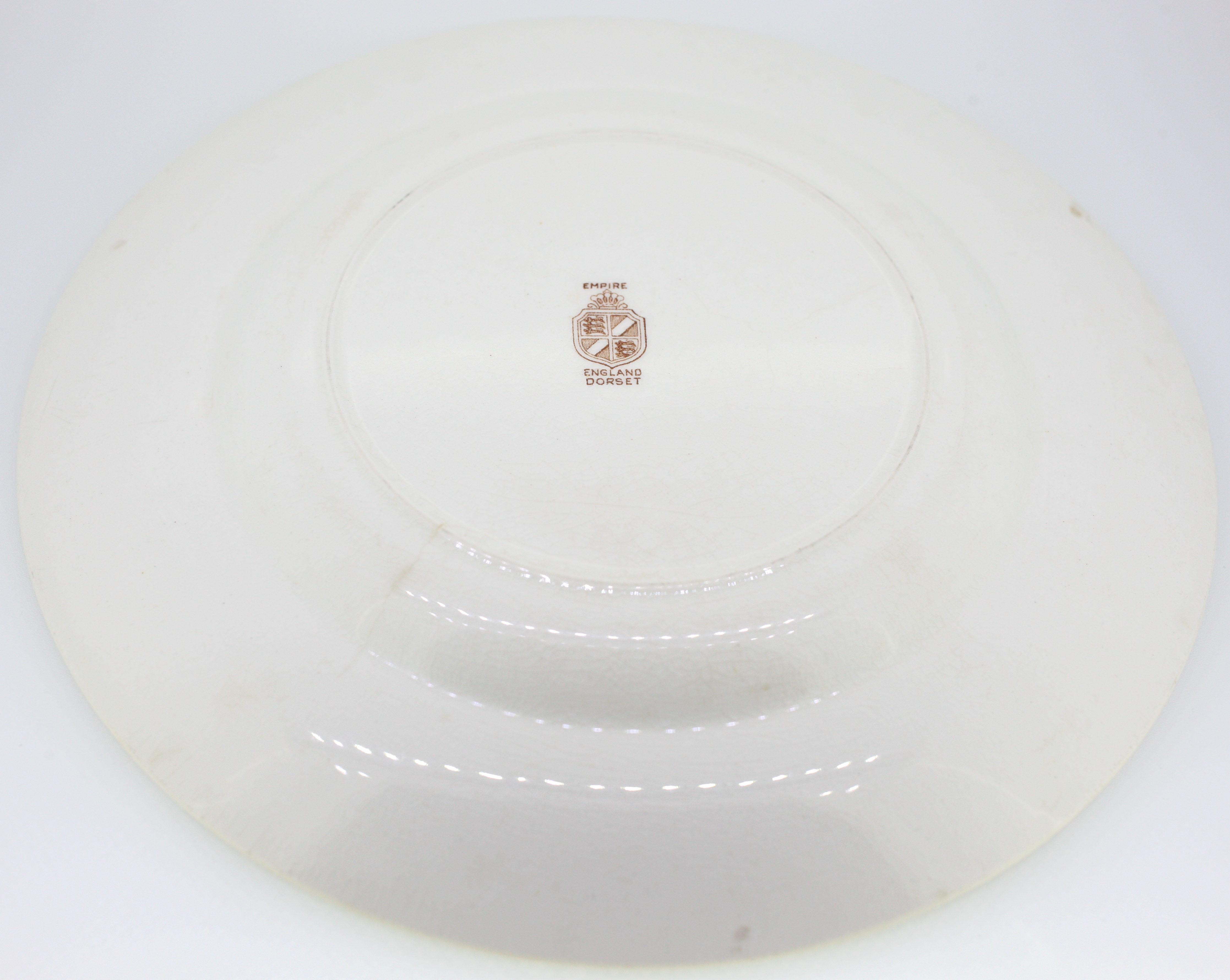 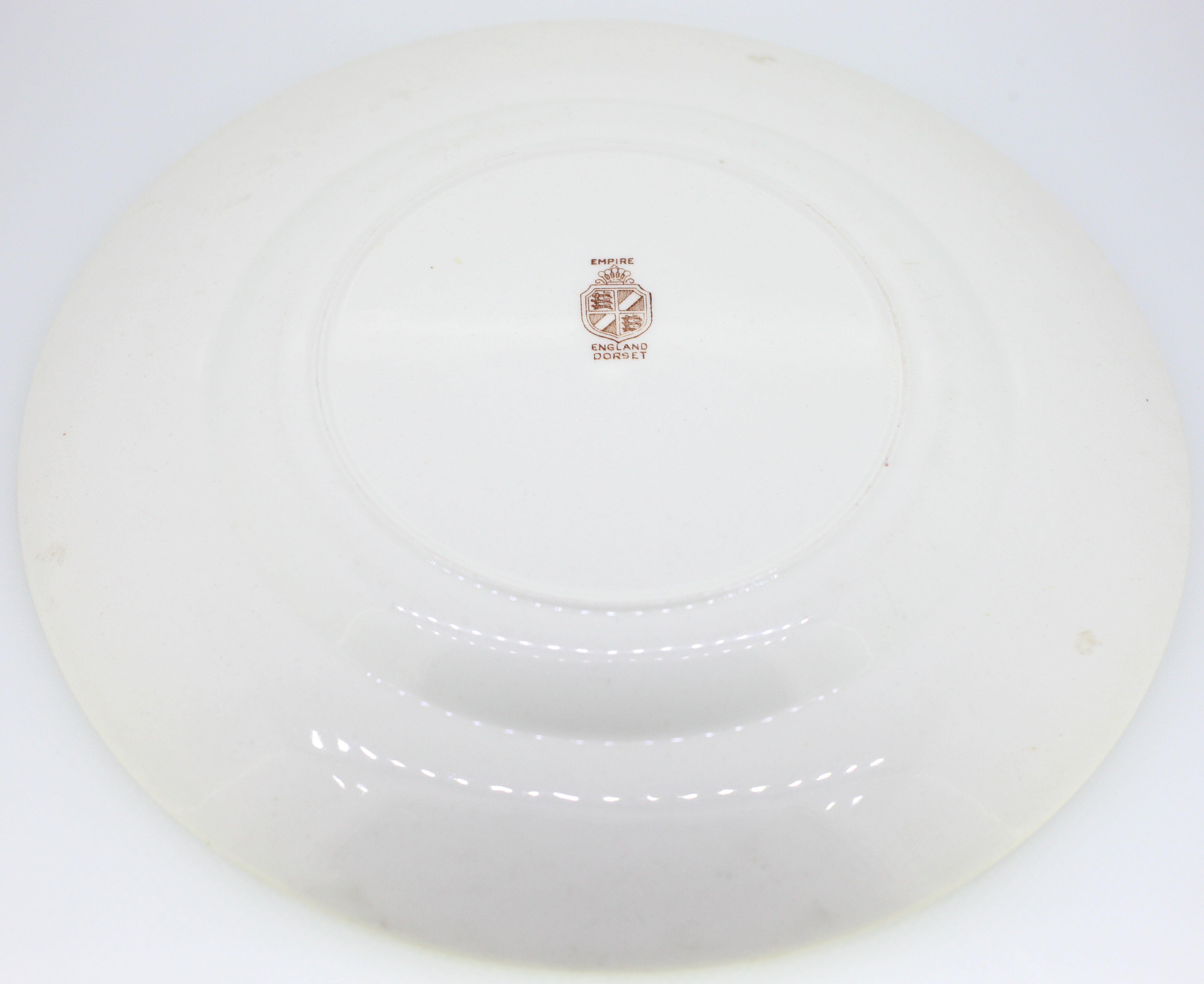 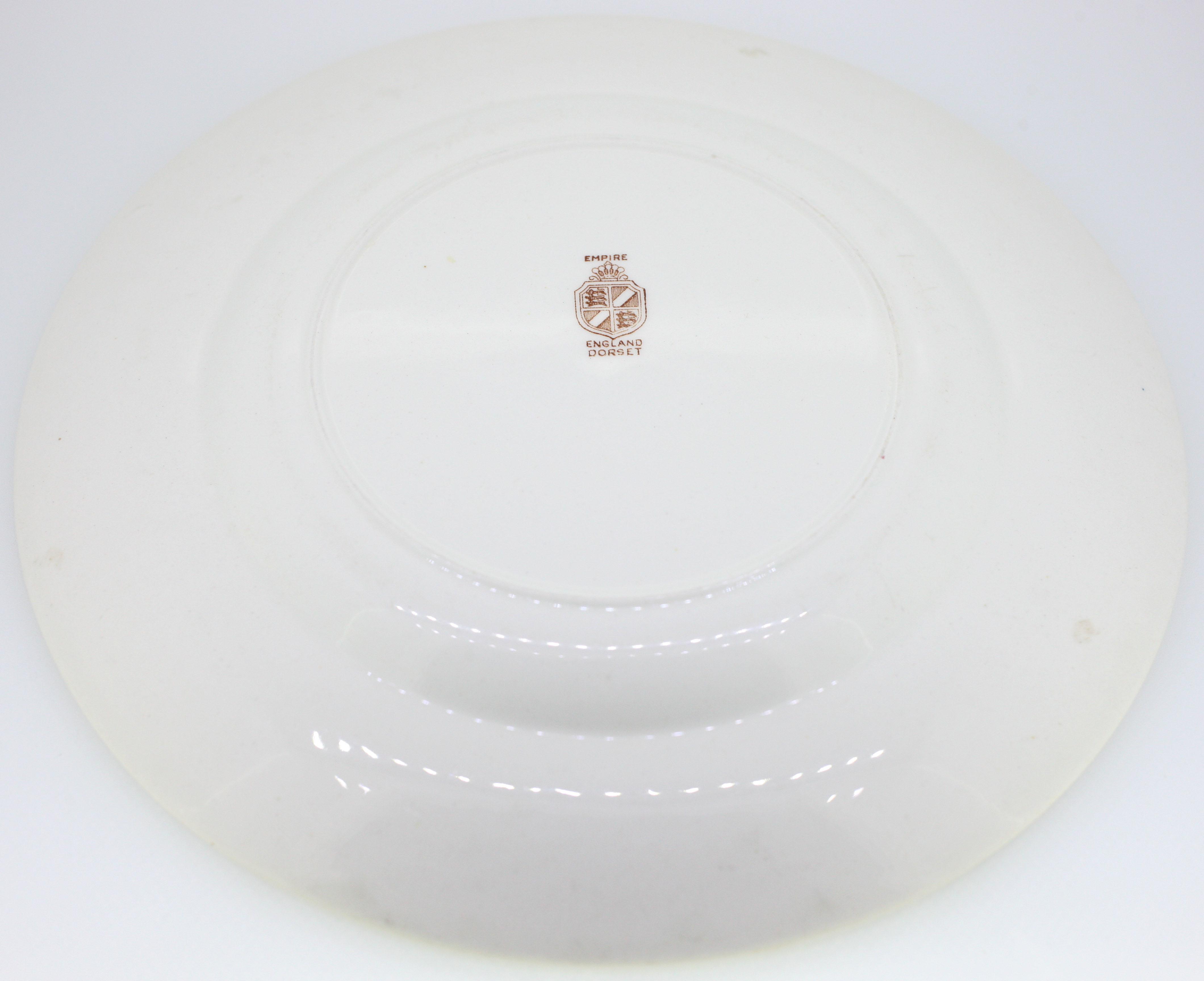 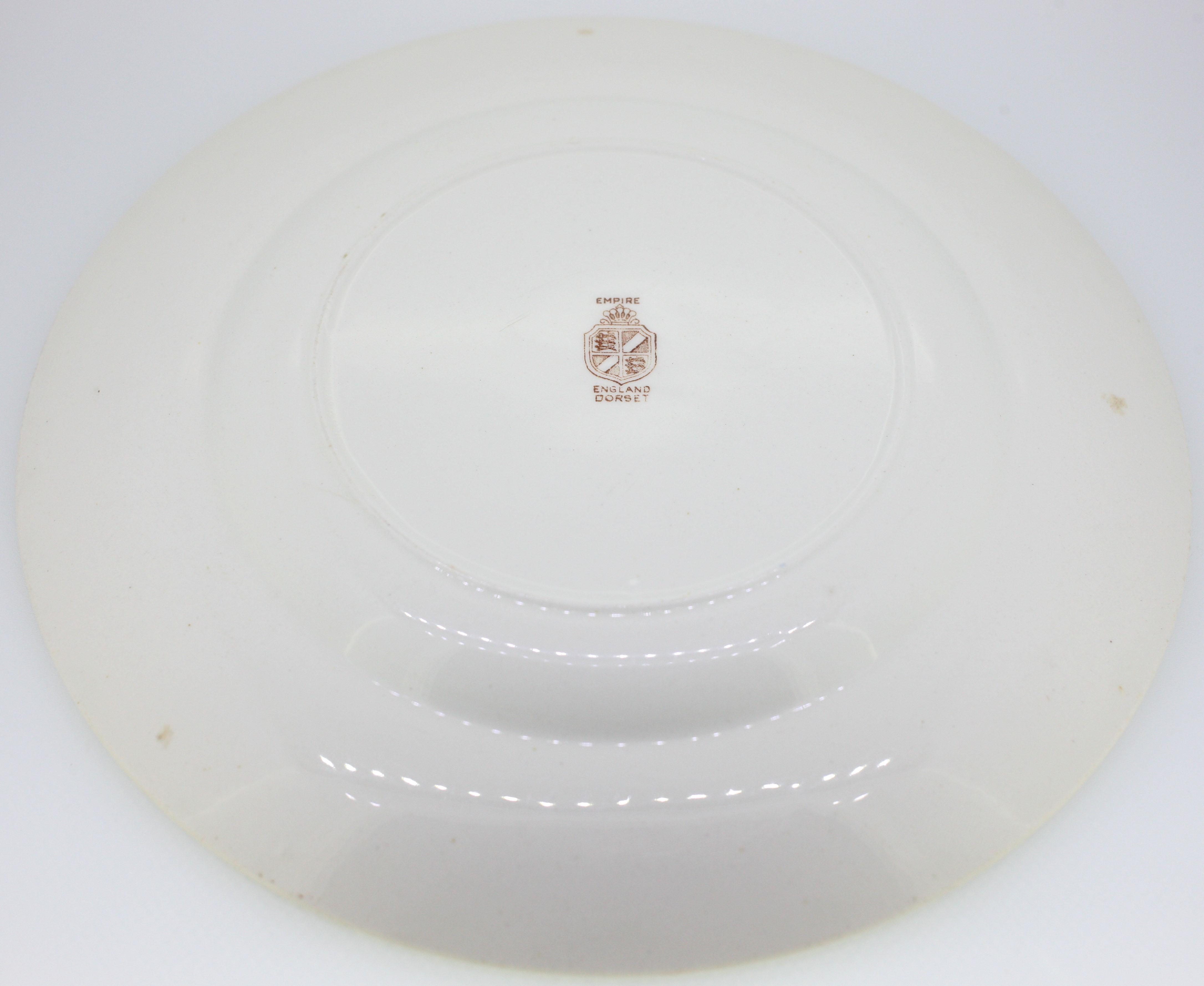 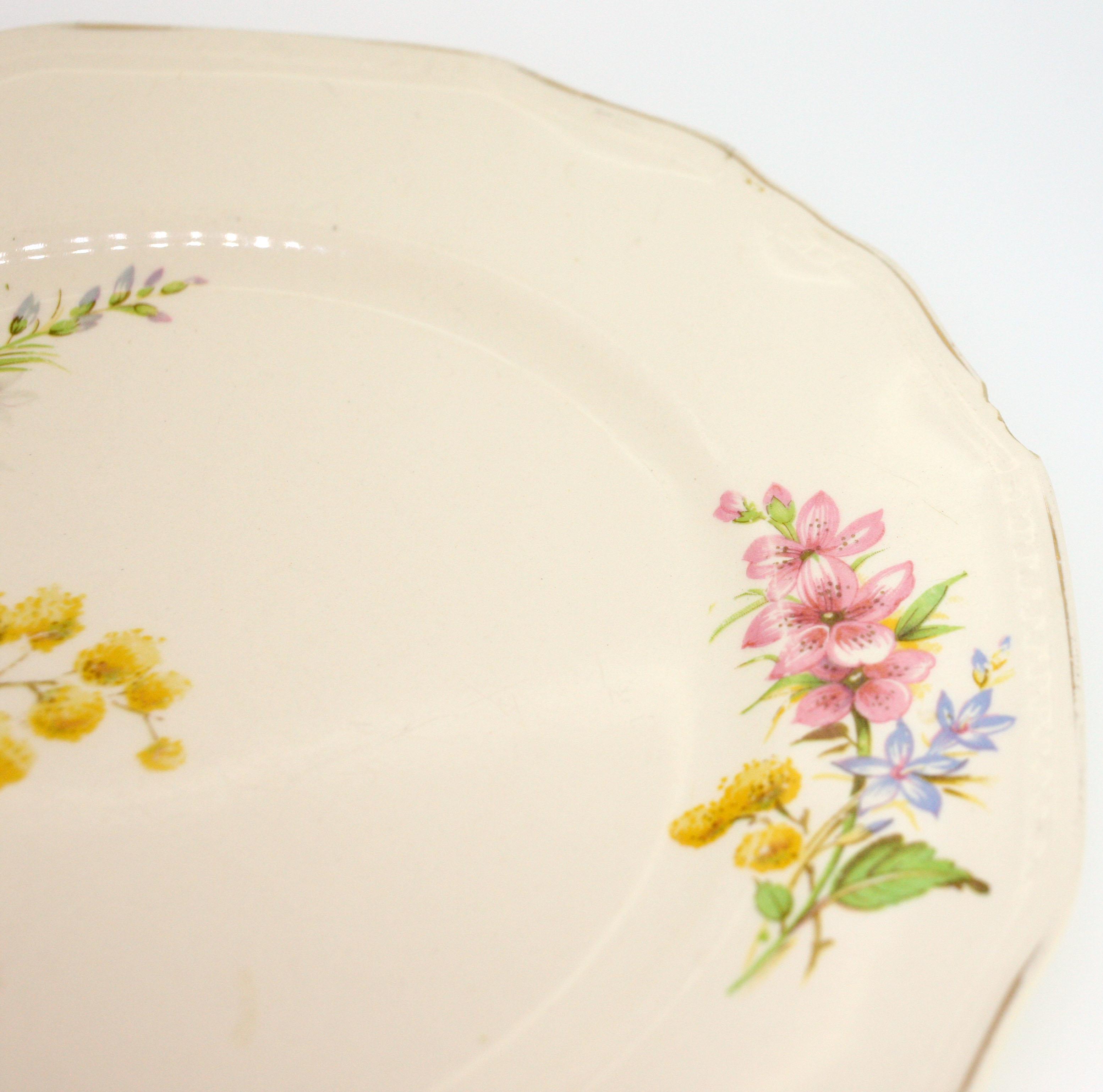 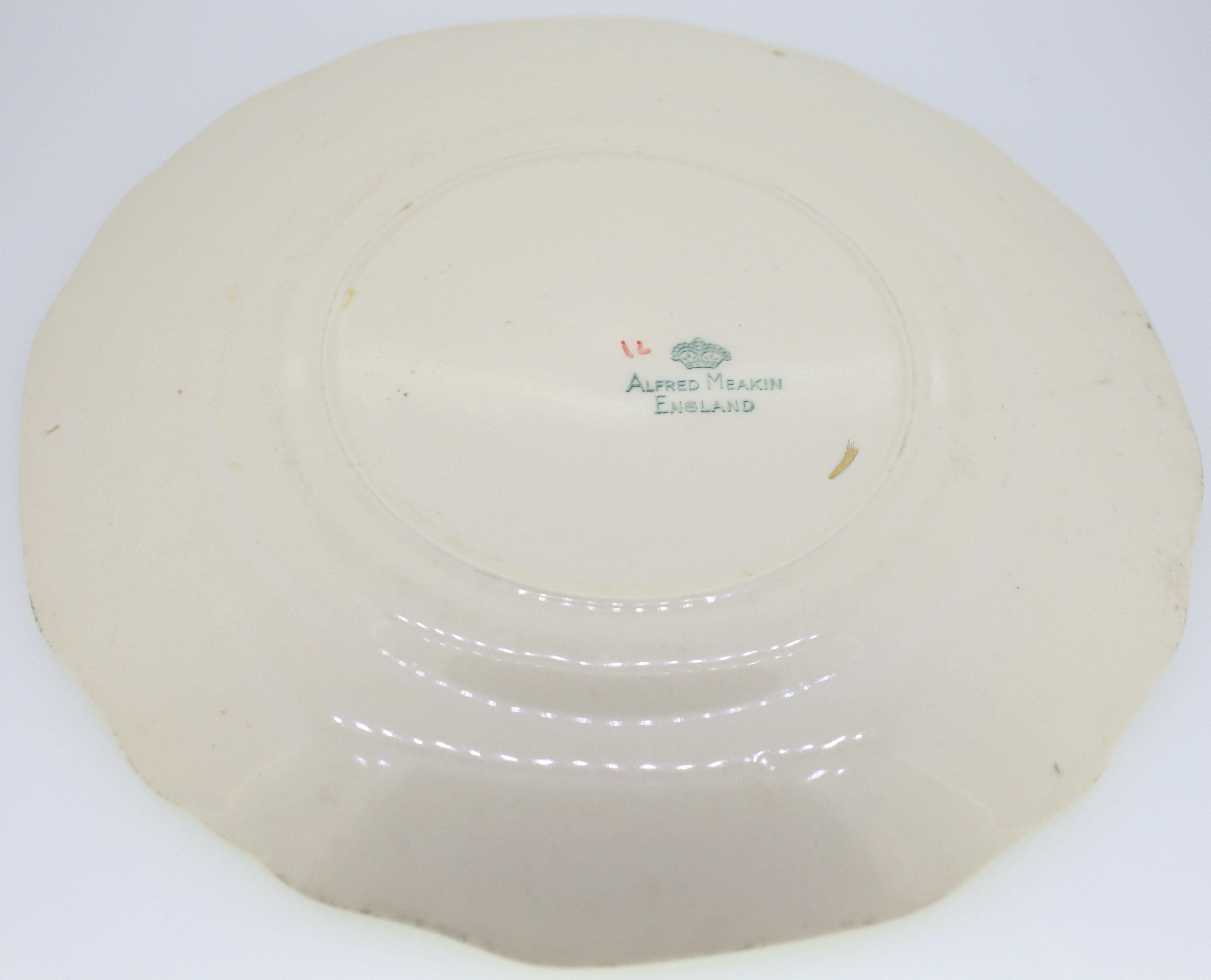 This listing is for 4 vintage English made bone china dinner plates
All of the plates are vintage and used and overall in fair condition
There are 3 Empire Dorset plates which have a floral pattern across the front and a diameter of 22.5cm
These plates are approximately 50 years old
One Empire plate is overall in very good condition with only several small brown ageing spots on the rear
The second plate has a small chip on the edge as shown in the pictures listed
The third plate shows signs of ageing with browning to the glaze on the front and this can also be seen in the listing pictures
There is also a small chip on the rear which I've shown as well
The Alfred Meakin plate is overall in fair condition
There are signs for ageing and wear to the glaze on the front of the plate and the gold coloured gilding is worn which I've shown in the listing pictures
There is also a chip to the edge which again can be seen in the last picture of the listing
The plate was made by Alfred Meakin England and is approximately 60 to 70 years old
The packaged weight for all 4 plates is approximately 1.95kg
All 4 plates will be sold as one lot and shipped from overseas using registered and express airmail, fully tracked online with FREE POSTAGE to ANYWHERE in EUROPE!!
Type: Collector Plates
$62
$78
Availability:In Stock
Code: