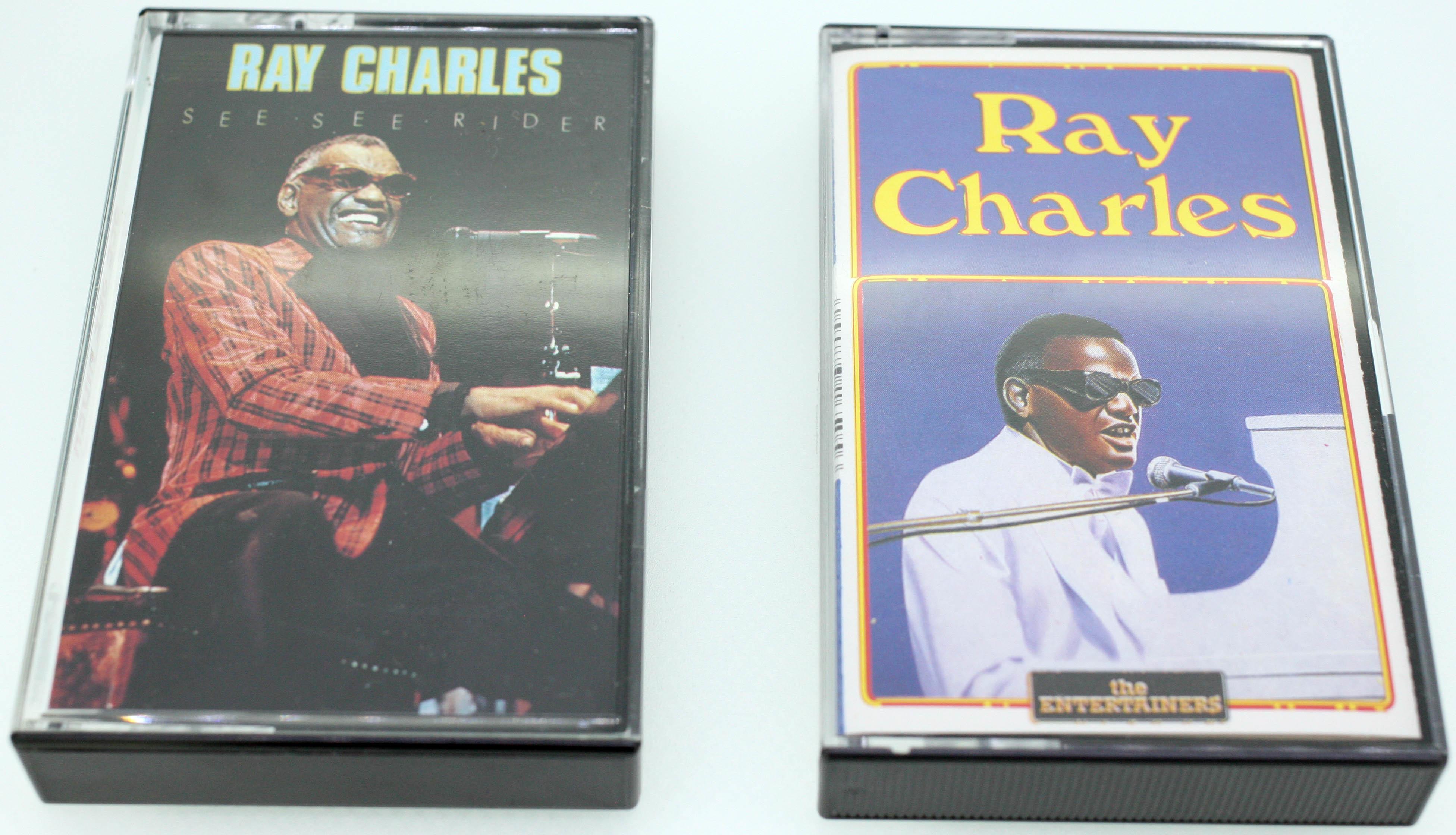 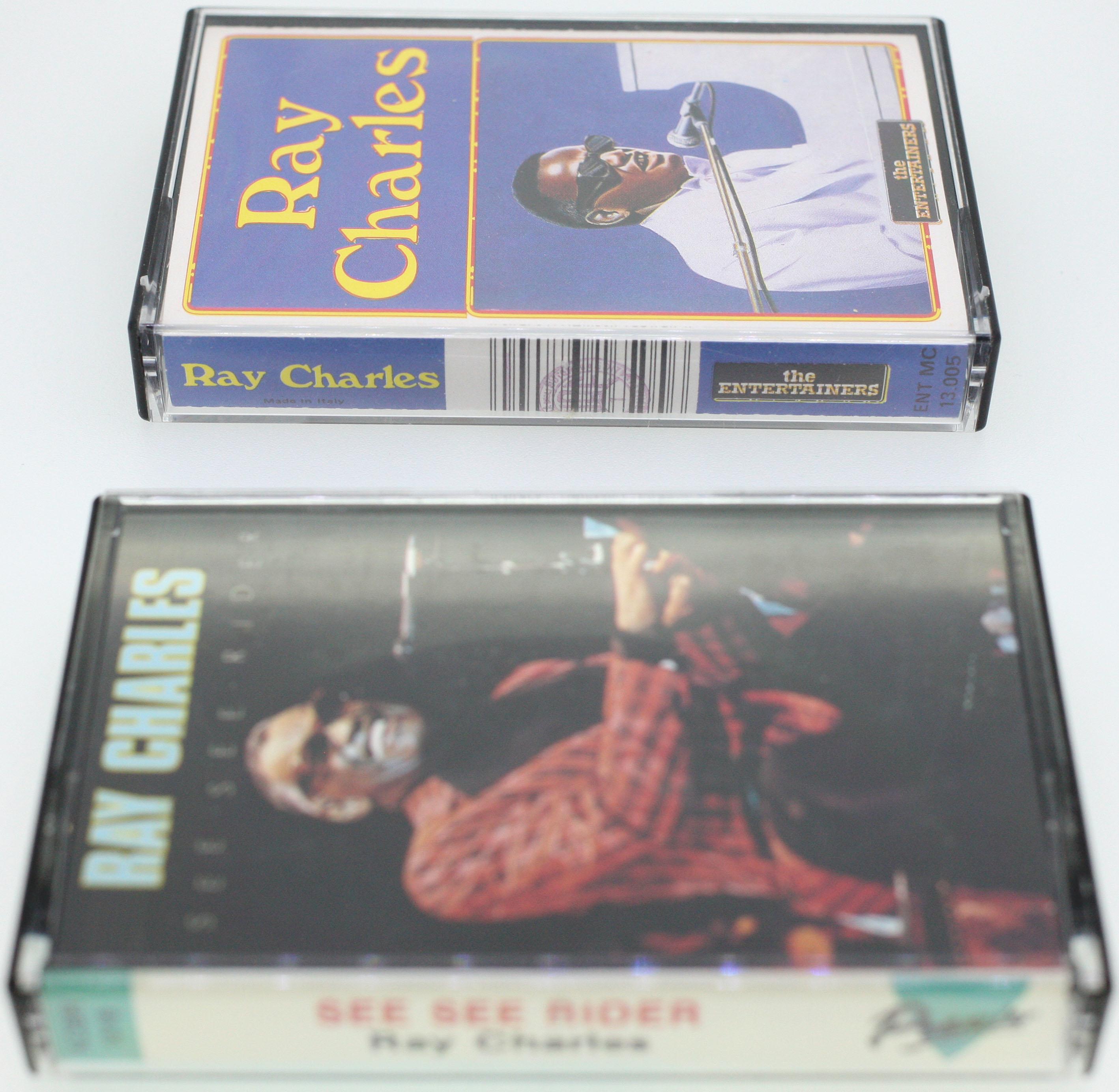 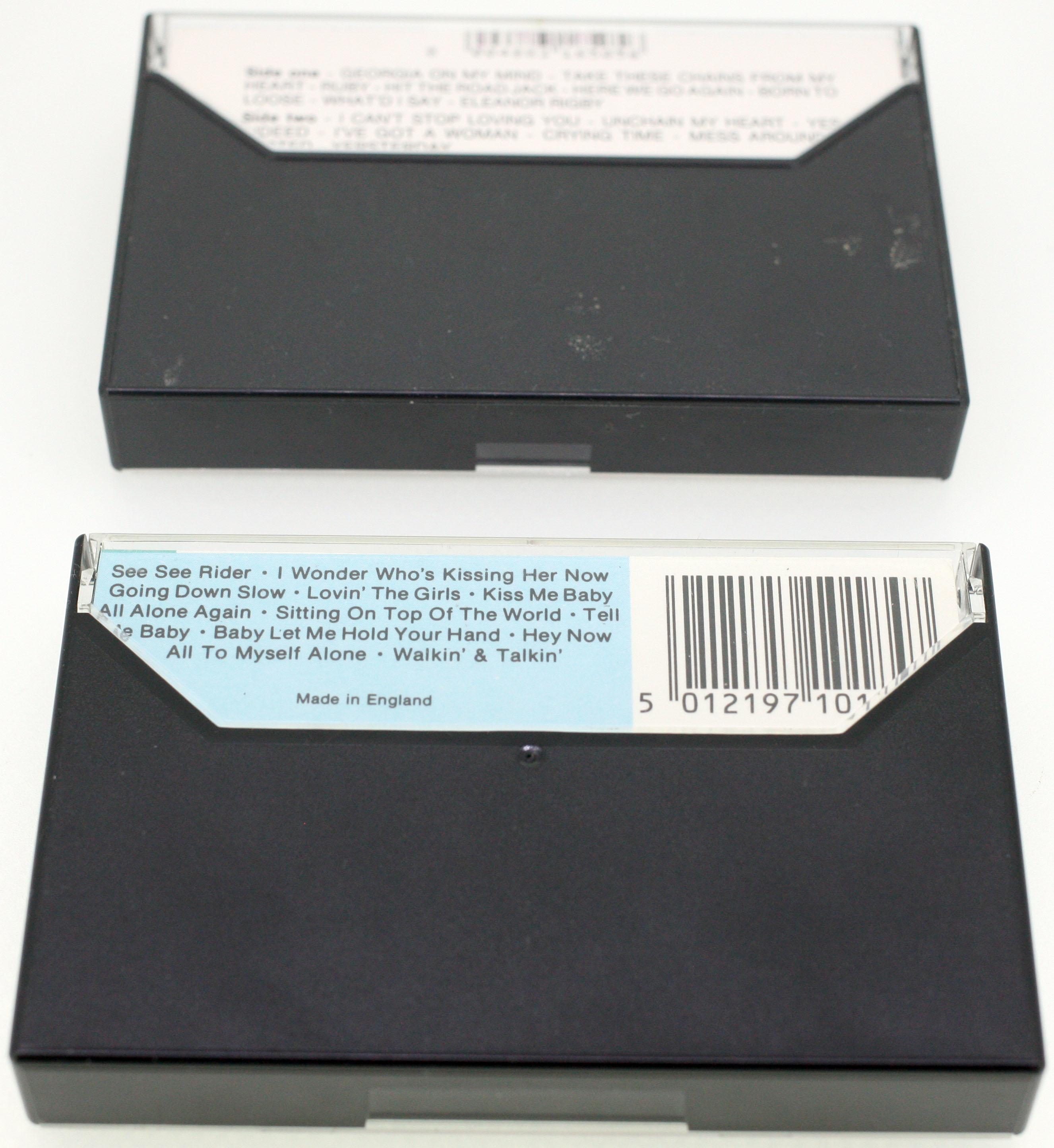 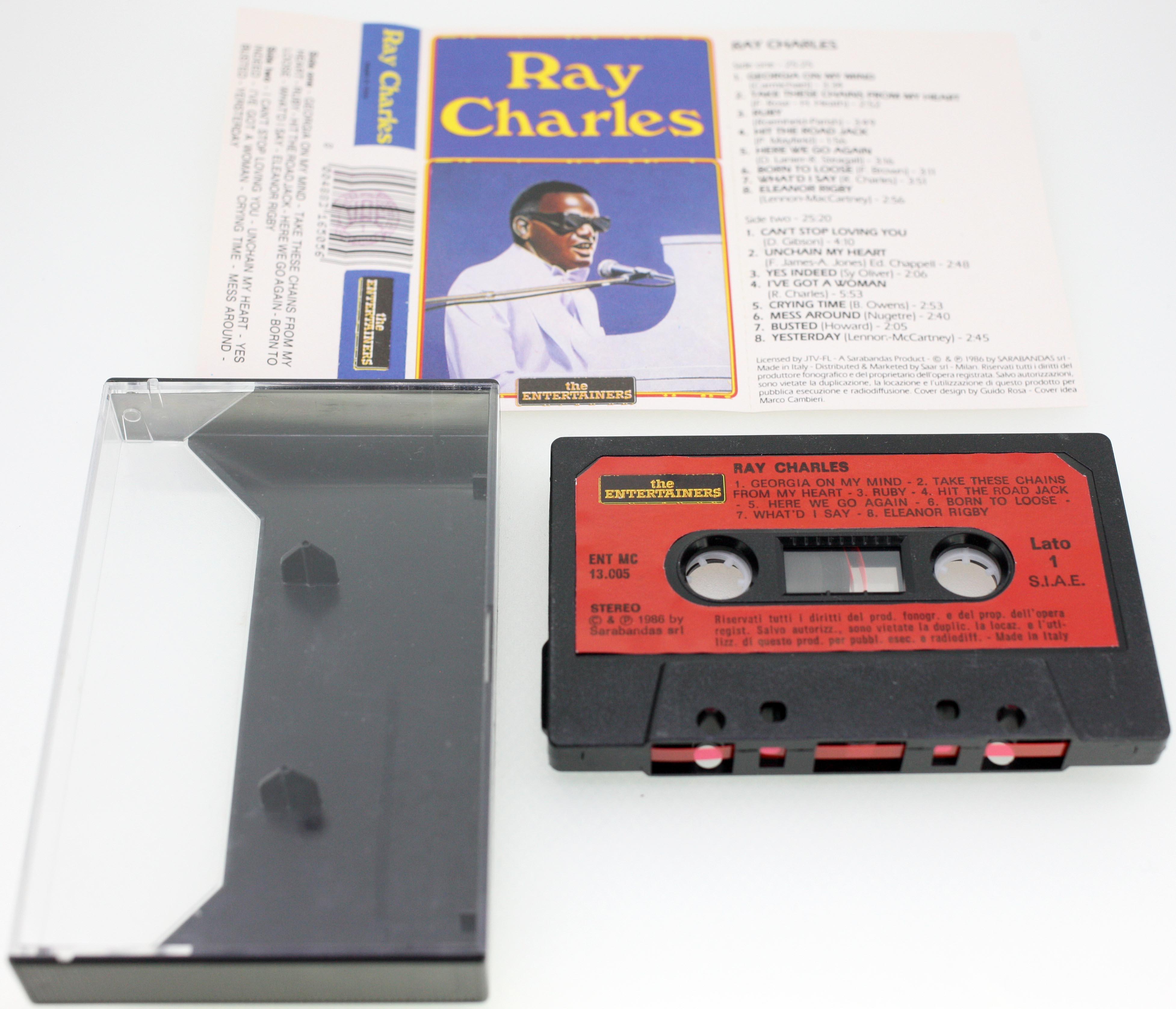 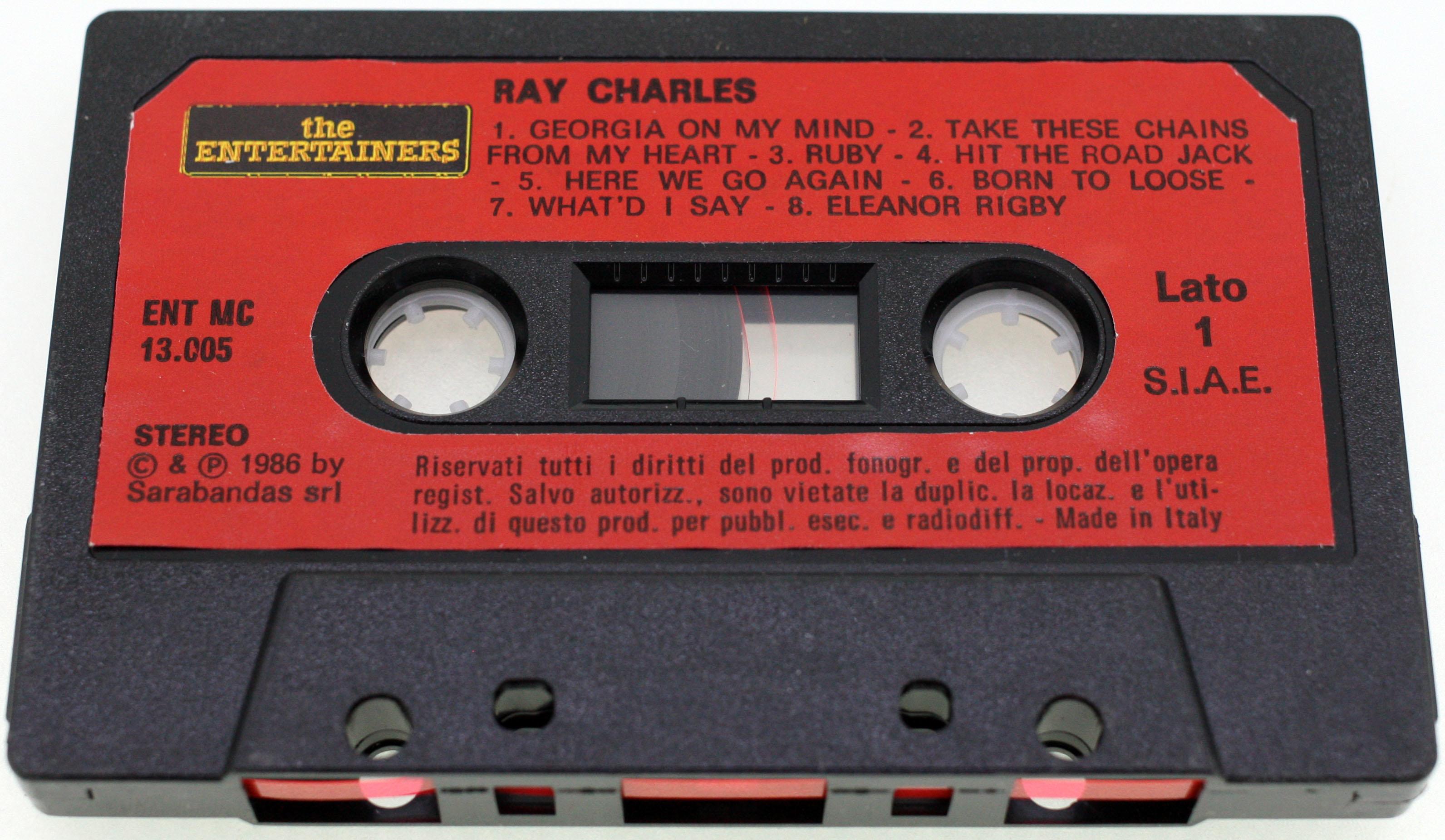 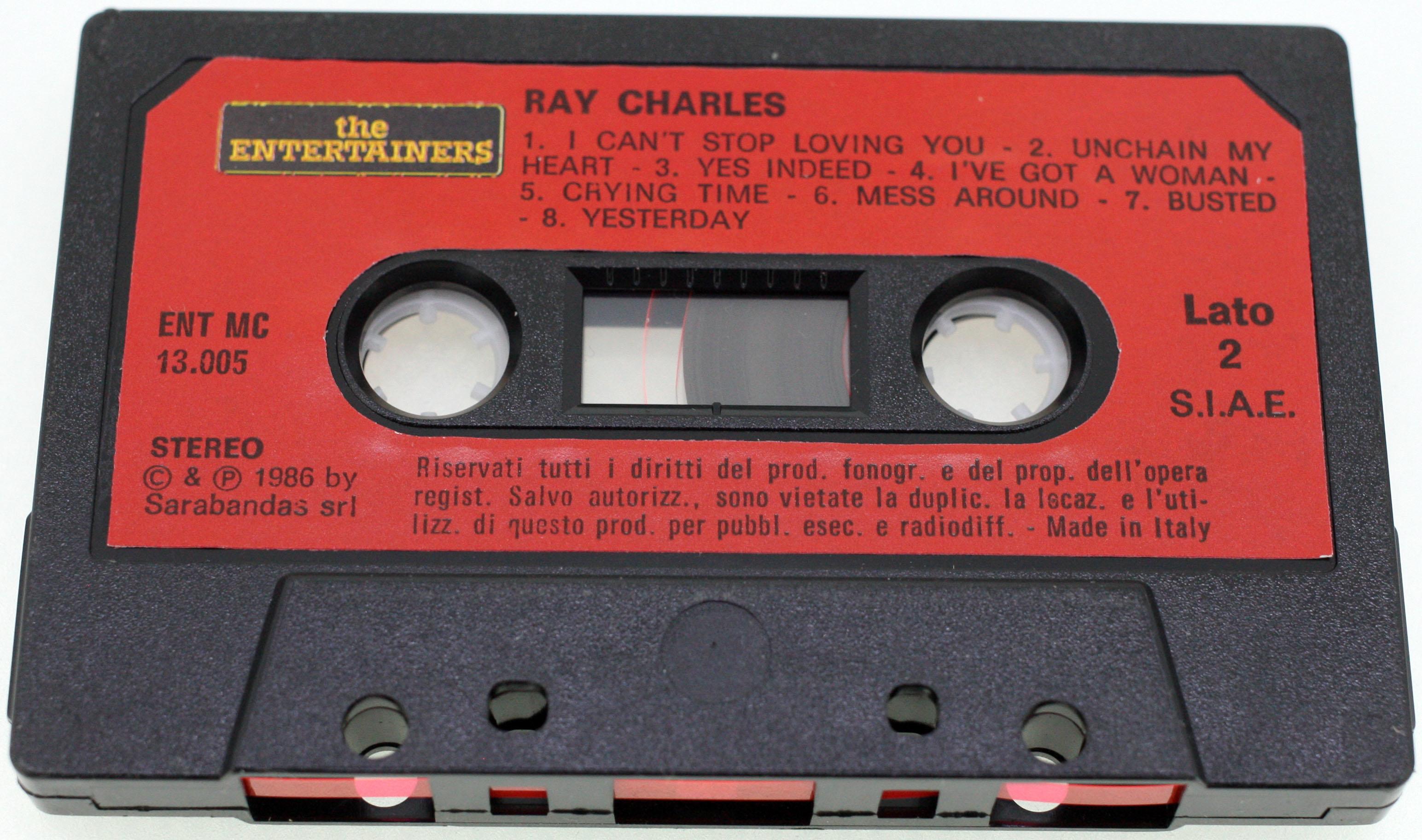 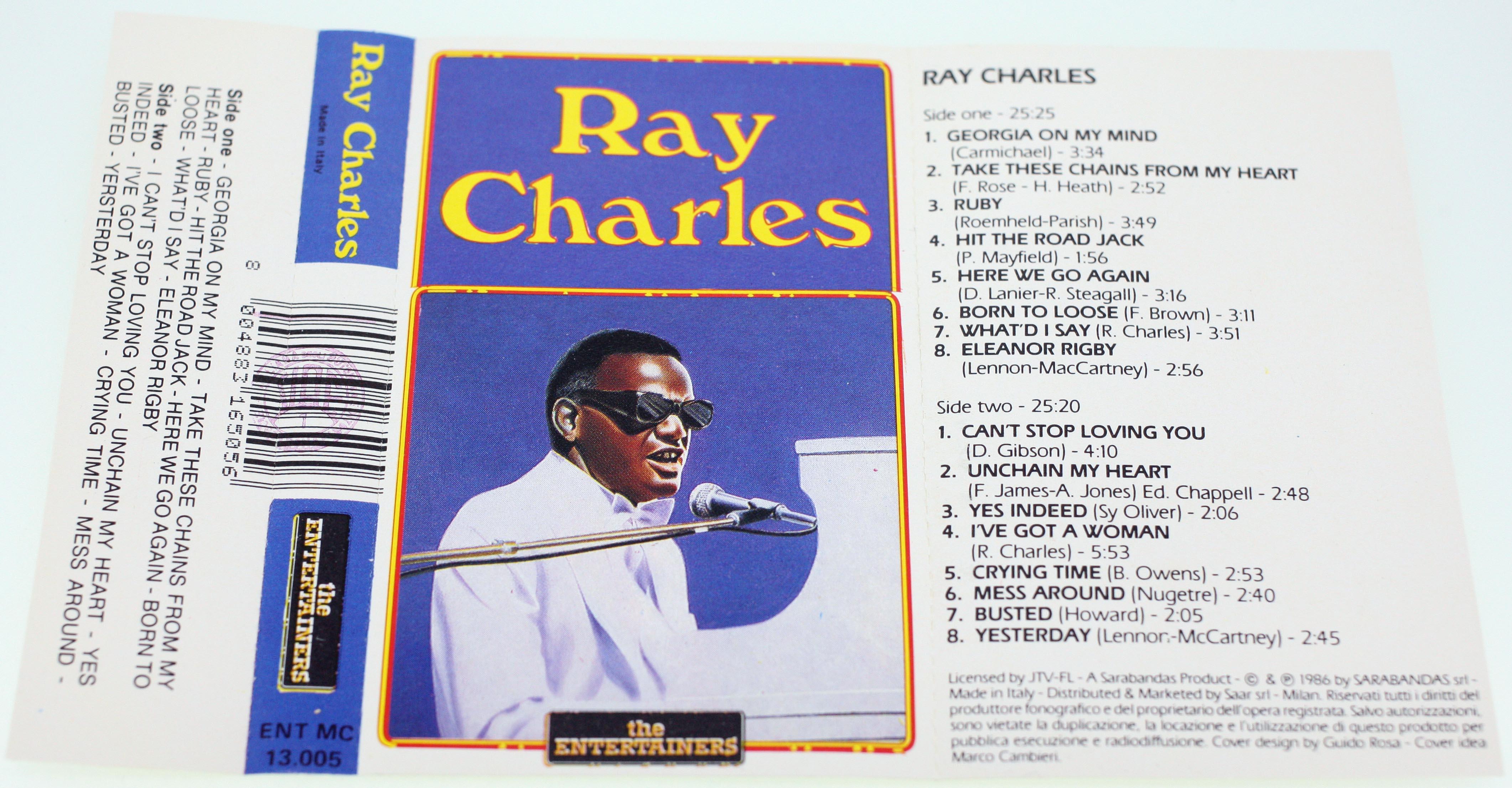 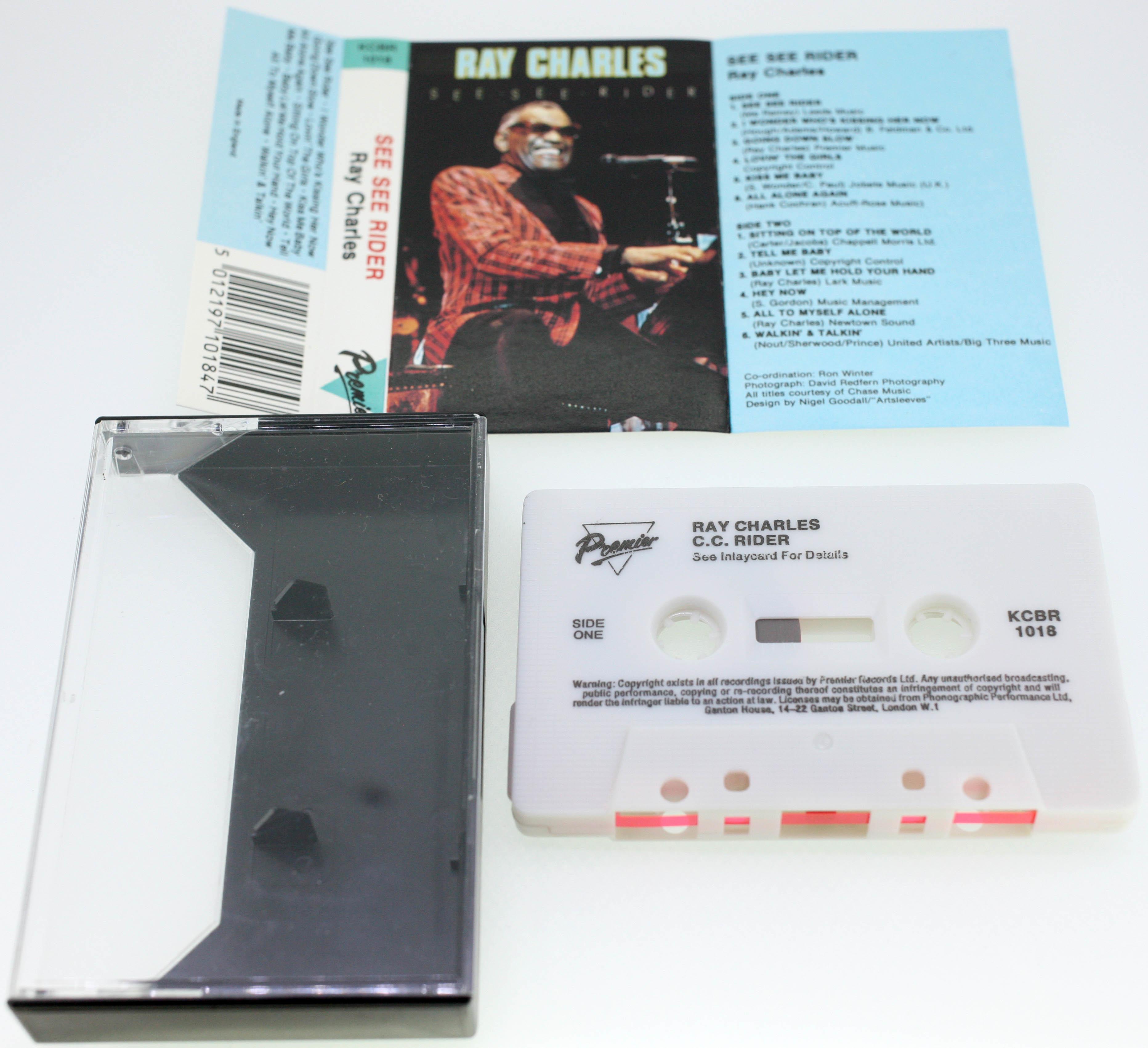 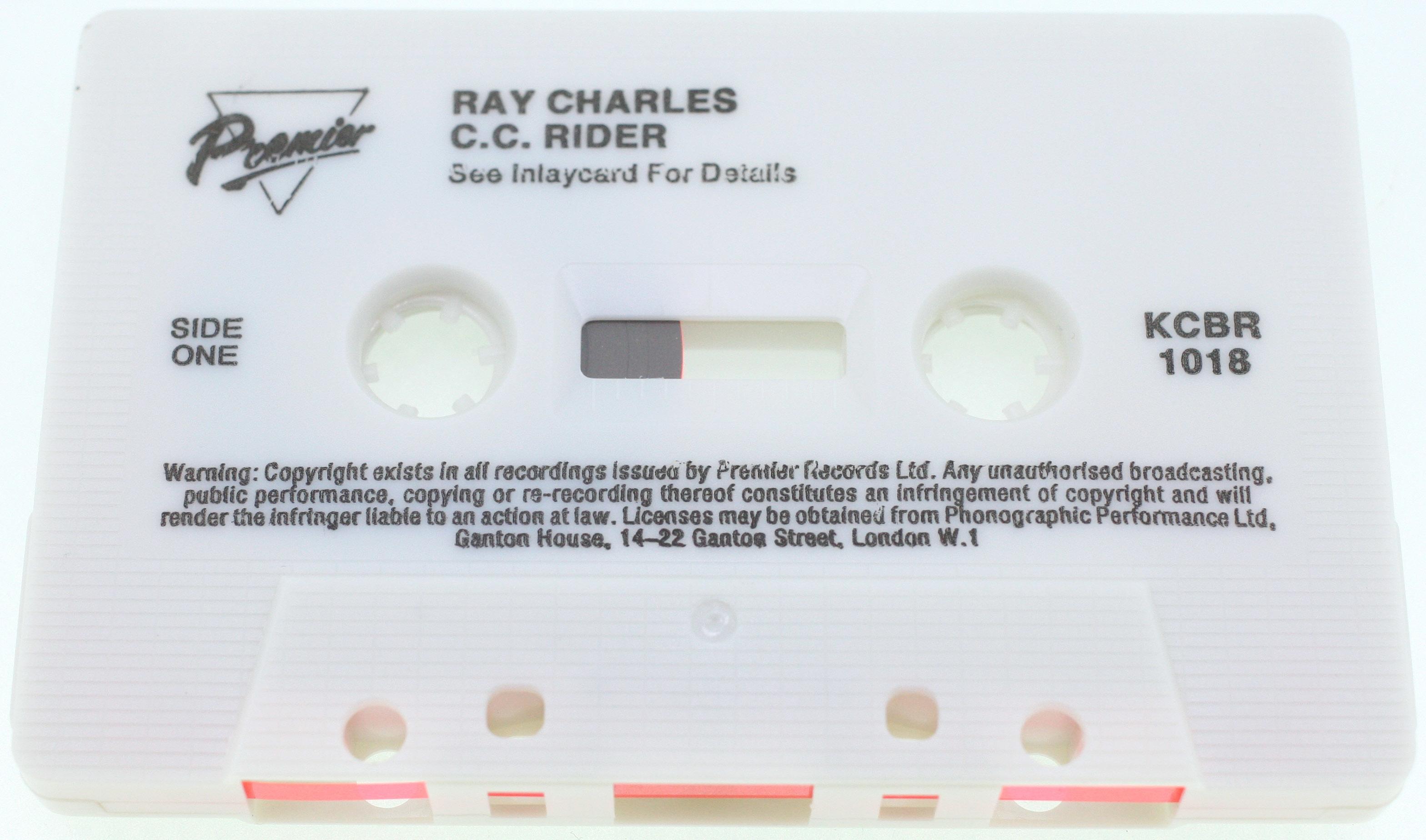 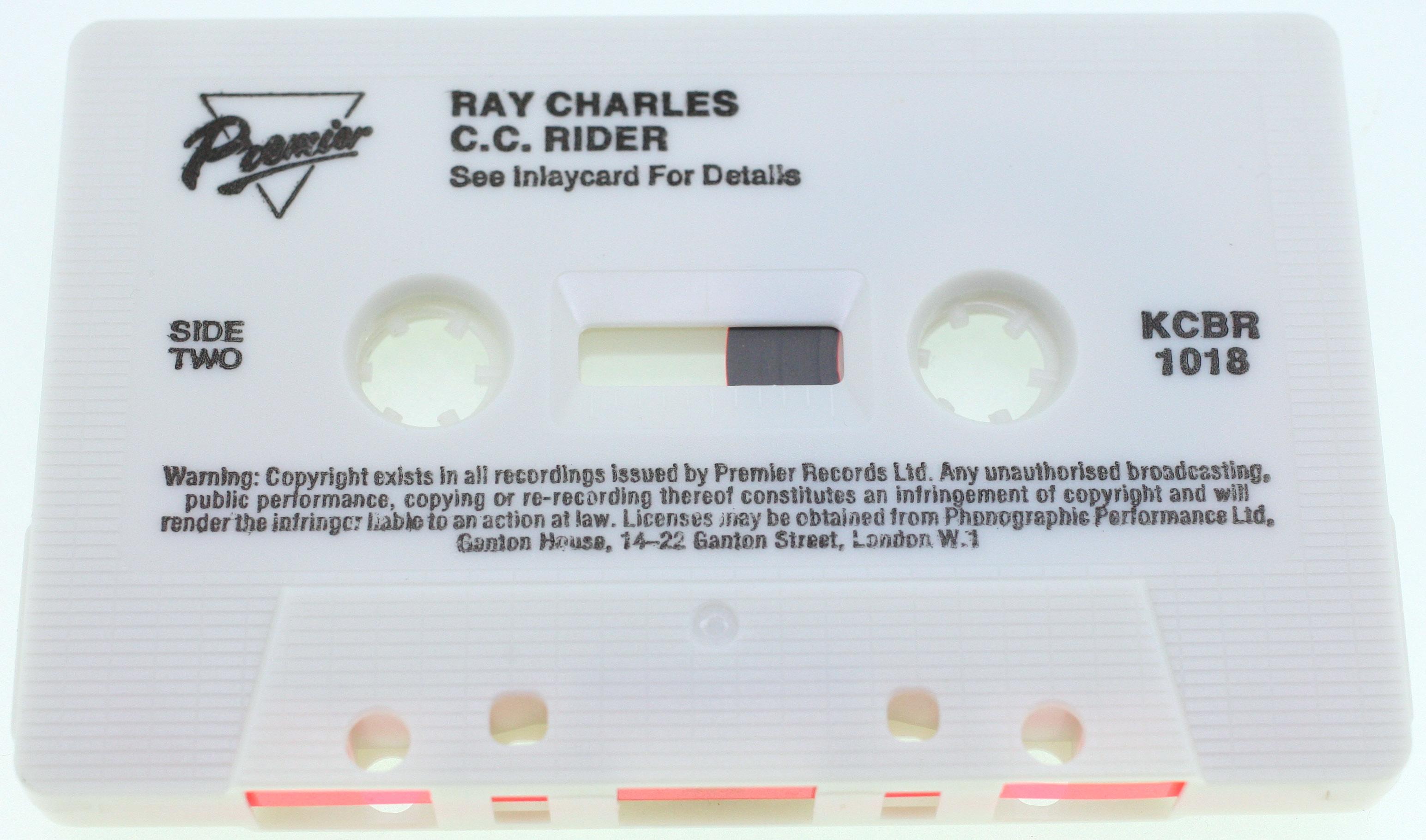 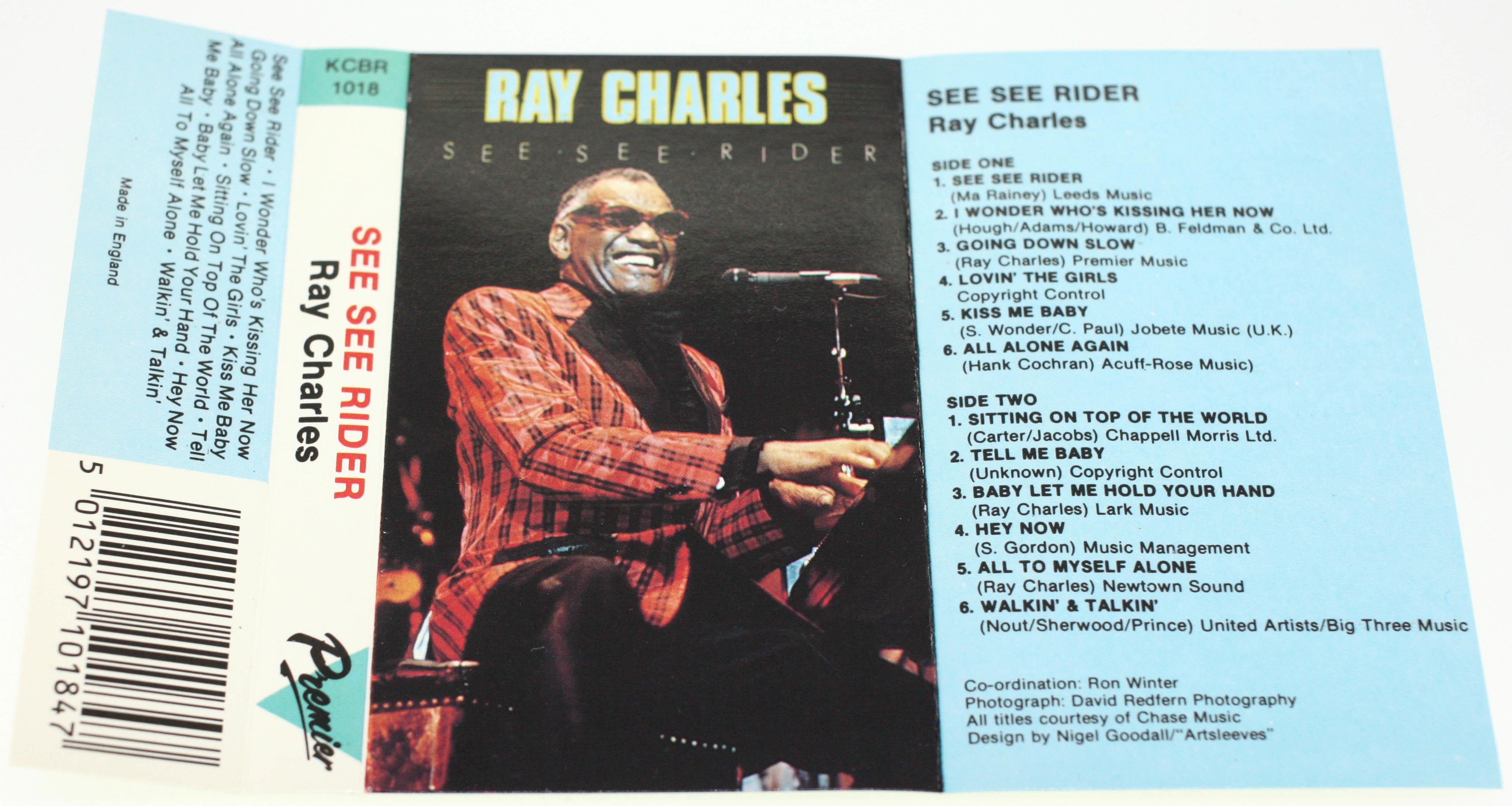 The 'See See Rider' album was released by Premier Records Ltd and was printed in the UK (Release code: KCBR 1018)

The other cassette by Ray Charles is 'The Entertainers' and was printed in Italy and released in 1986 by Sarabandas SRL (Release code: ENT MC 13005)